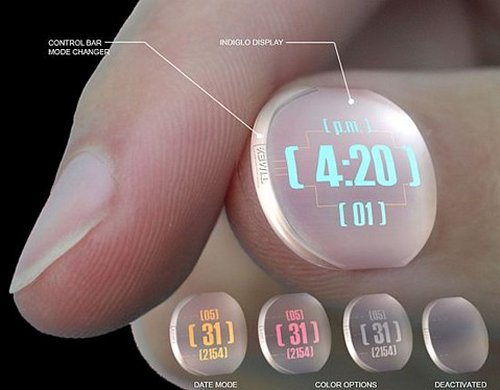 Timex recently teamed up with Core77 and held a design competition called 2154: the future of time design. It was Timex’s way of celebrating 150 years of making watches. The runner up is a fascinating concept that’s not for nail biters.

Like nails on a…clock board…The TX54 would be worn on your thumbnail, and would remain clear except when you activate it. Then all you do is what you do now. Glance at the time. One thing though. Even those with large hands might find it difficult to read the time on their fingernail from say, half an arm’s length away. Pretty nifty though.