Posted in Robots by Conner Flynn on June 3rd, 2008 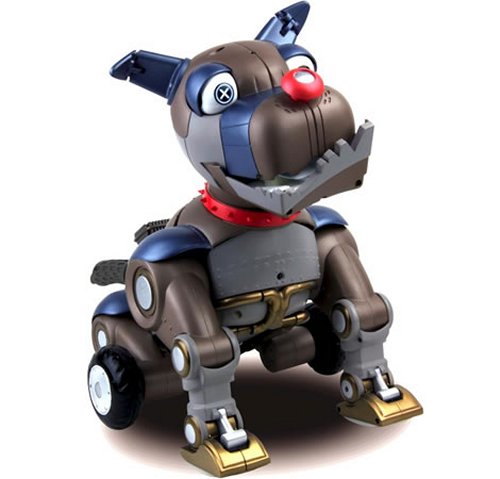 WowWee has a new robot headed our way, and it’s not your typical bot. The Wrex The Dawg robot is a more or less hilarious and entertaining cartoon character come to life. Check out the video below to see his antics and cool features. Stuff like: Rubbing his robo-ass across the floor like a bad dog, fake peeing with funny sound effects, sneezing, and slot machine eyes that look help a whole lot with the cartoon feel.

You can even turn him into a cat, which he does pretty convincingly. Put him on guard duty and he’ll act like a guard dog. The remote is styled like an oversize industrial remote for some reason. Pretty cool stuff. I would say he’s a cut above most “dog” robots.