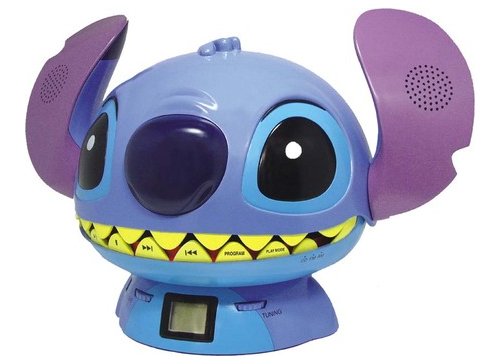 I admit, I’m not much of a Disney fan. Even if I were, I think that having this thing on my desk would creep me out. Runat Japan just announced this CD player based on Stitch from Disney’s popular series ‘Lilo and Stitch’. Stitch’s mouth opens wide revealing the CD tray, the ears double as speakers and the teeth are the controls.

It’s got an AM/FM tuner and the onboard speakers have an output of 0.6W×2ch. Here’s a great design move: It runs on 3 D batteries, which will give you a whole hour of play. The player is a Japan only and will cost you $92.