Posted in Wii Accessories by Conner Flynn on April 11th, 2008 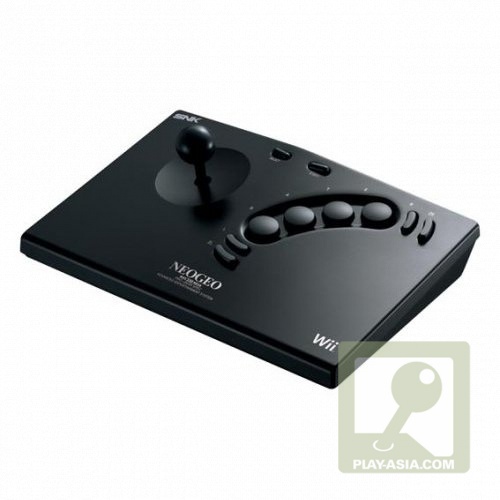 Having grown up with arcade games, I love playing some of the old school games with arcade sticks. If you’re like me and are looking for a good arcade stick for the Wii, look no further. The Wii version of the Neo Geo Stick 2 is an arcade-style, ball-top controller that was previously available for the PS2 from SNK-Playmore and Sega Logistics.

This new edition looks like it’s still got non-analog L and R buttons hugging the four primary convex buttons like parentheses. It would appear that they’ve decided to keep the classy black color too, which seems odd for the Wii, but it’s a beauty. It’s probably the best arcade stick I’ve seen for the Wii. You can get it right now for $59.90.