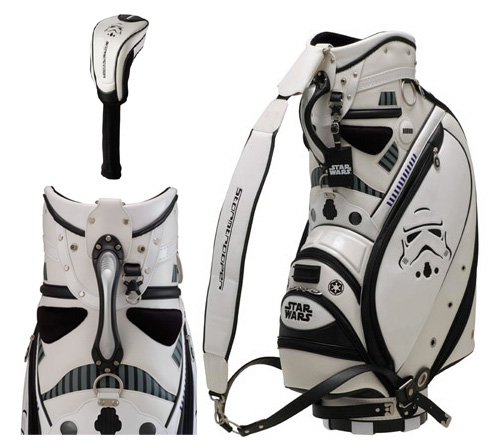 This thing looks like a Stormtrooper that displeased Darth Vader and got stomped on with the Force. It’s actually part of the official Star Wars Golf gear. That’s right, now you can proclaim your love for a galaxy far far away on the Golf course. Does this product belong in the rejected Star Wars pile? You be the judge.

You have a choice of Stormtrooper white or Darth Vader black. They’re made in Japan and apparently the quality is good. They should go on sale soon for about $500. With this gear AND the Force, you will rule the green. But always be on the lookout for Ewoks, the deadliest enemy the Empire has ever known.(And not bad golfers themselves.)