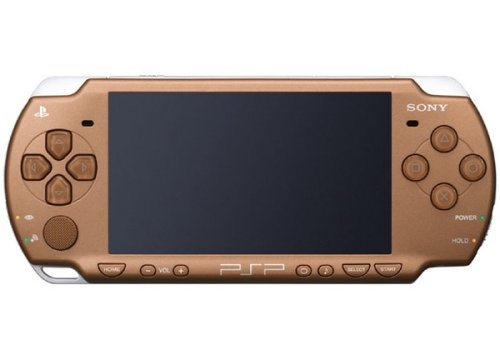 Apparently, the folks at Sony recently discovered the color spectrum and they aren’t afraid to use it. Last week, we announced the red PSP, then the mint green PSP. The bronze version is what happens to your PSP when it goes on vacation and gets too much sun.

It’s available as a new PSP Lite Value Pack, and will feature a paltry 32MB Memory Pro Duo memory stick and an AV digital cable. Pricing was €147 at press time. It will likely cost you more if you intend to import it. Anyone want to play guess the next color?