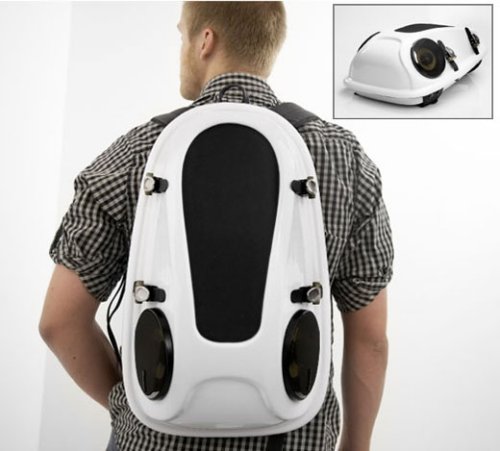 When you work for the Empire, you have a ton of gear that’s required. You know, spare blasters,a change of armor,lunch, plus assorted entertainment to help pass the hours of boring guard duty on the forest moon of Endor. The point is, you need a backpack and it’s got to match your armor.

That’s where the Reppo II boombox backpack concept comes in. One look and you know it’s not for rebel scum. These have the added feature of a built in pair of full-range speakers and an amplifier, so you can listen to tunes while you are on patrol. For the moment, it’s a concept design that has gotten as far as a functional prototype. No one is sure yet if they will see mass production. So for now, you’ll just have to cram all your stuff in your Imperial locker.