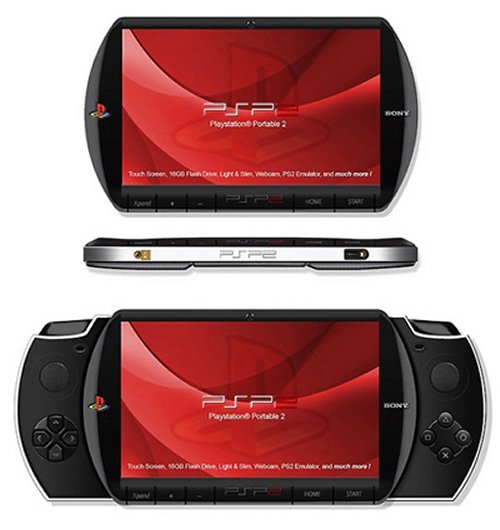 Check out this pic of a new Sony PSP 2 concept. It’s pretty sweet looking and has a pretty big screen. Kotaku had a contest to see what kind of cool PSP 2 concepts readers could come up with, and this is one of them. Watching movies on this one would be very nice. Unfortunately, they don’t really exist. There were some pretty interesting designs, and some haha funny ones, but this is one of my favorites.