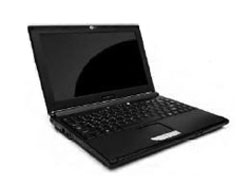 For many road warriors, business people and students what is most appealing in a notebook is a small size. The problem is that the smaller the notebook, the more they tend to cost on average. Thankfully, Averatec makes some decently speced systems at reasonable prices. Averatec has introduced a new ultra portable notebook called the 2575 that won’t break the bank.

The 2575 is a 12.1-inch notebook that runs on an AMD Turion 64 X2 dual-core processor running at 2.2GHz. The operating system for the notebook is Vista Home Premium and the tiny computer has built-in 802.11 b/g networking as well.