Posted in Furniture by Darrin Olson on February 23rd, 2008 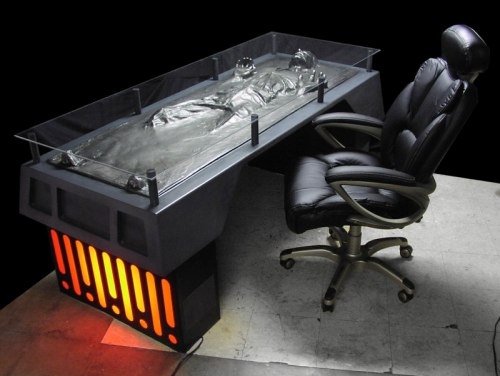 We’ve seen a number of products featuring not just Han Solo but Han Solo frozen in carbonite, including this idea for a ‘fridge and we’ve even seen some pictures floating around of Han in carbonite built out of legos. Well now you can steal Vader’s prize to Boba Fett and have the frozen Han Solo for yourself and turned into a practical piece of furniture. This desk is actually real and was created by Tom Spina Designs for a client with an apparent love for Star Wars and some extra cash lying around.