Posted in Games by Conner Flynn on February 18th, 2008 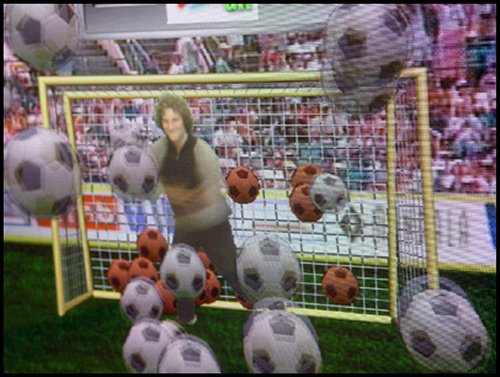 GestureTek is planning to unveil a prototype “Wii-LIKE GAME STICK” this week at the 2008 Toy Fair in New York. It uses a camera to detect 3D position and motion. With the technology being camera-based, players are able to see their real-time, full-body image on screen as they control 3-D simulations and interact with characters and other objects. Your body motion controls the program, for a more virtual experience.

On a creepy note, GestureTek says that it can even vision-equip dolls, stuffed animals or robots. You know, so they can see everything you are doing…And interact. Interact like a cuddly friend, or interact like Chucky? GestureTek will be working with Sony, Microsoft and Hasbro and their gesture-enabled games will also be featured on Mobile Internet Devices based on the Intel Low Power Chip technology.