Posted in Television by Nino Marchetti on February 8th, 2008 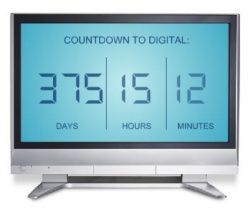 Even as Best Buy rolls out its own converter box for the upcoming national transition to DTV, awareness among consumers about this change over seems to be on the rise. This is according to findings from a new CEA study.

The Consumer Electronics Association found awareness of the DTV transition has grown some 80 percent since 2006. The joint effort between the federal government and the private sector to educate on this change seems to be working, with consumers learning about the transition from television (72%), family and friends (39%) and the Internet (26%).