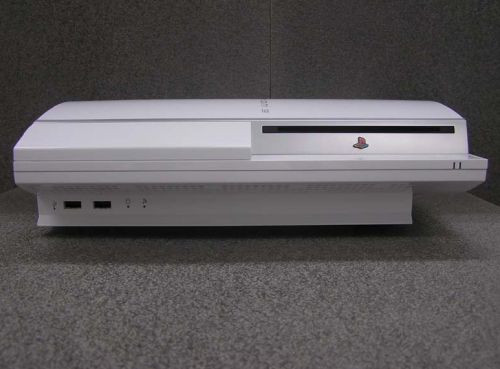 The Playstation 3 ended 2007 with a strong December selling just under 800,000 units during the month and looks to trying to keep on with momentum this year by releasing the white PS3 that we saw launch last October in Japan. It came with a 40GB hard drive, white DualShock controllers and like the other 40GB models it lacked the memory card reader, backwards compatibility and had only two USB ports. This white model headed for the US appears to be the same. The information along with photos was released by the FCC and shows it was originally submitted last October with a request to keep it under wraps for a while.