Posted in Apple,iPod Nano by Darrin Olson on January 22nd, 2008 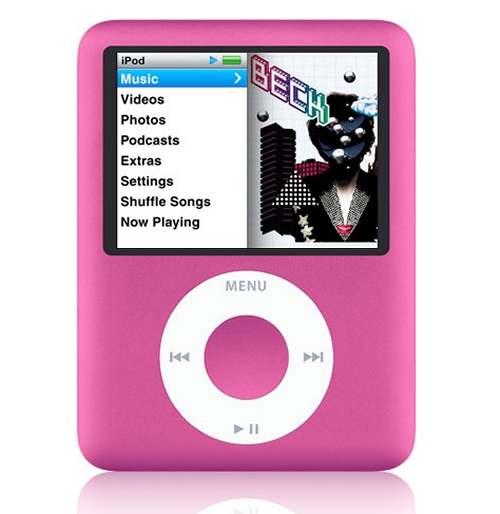 This morning the Apple Store was down for a little while which usually means they’re bringing on some new stuff. When it came back up we noticed a new Pink iPod nano as the latest addition in the lineup of the 3rd generation players. The new pink model is an 8GB version (4GB only comes in silver) and retails the same as the other 8GB models for $199. Apple is also offering two lines of free engraving on the back and 24 hours shipping so you can get your pink iPod in plenty of time for Valentines day.