Posted in Mobile Phones by Nino Marchetti on January 26th, 2008 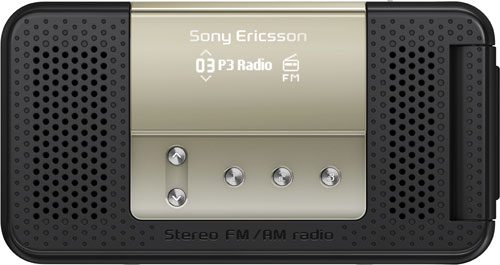 From India Sony Ericsson brings us word of two new mobile phones with built-in AM/FM radios and speakers. These mobiles are known as the R300 Radio and R306 Radio.

Simply put, these two Sony Ericsson cell phones let you listen to AM/FM radio. Preset buttons on the front of each let you switch between favorite stations. The built-in speakers, meanwhile, work best when the phone is set on its side. Sound from these speakers can be upgraded with a volume boost and also 3D sound enhancement.

Other features of the R300 Radio and R306 Radio include the ability to record a clip to make it your ringtone, track identification via external recording, Bluetooth and a built-in VGA camera. No word on if these phones will appear in North America.