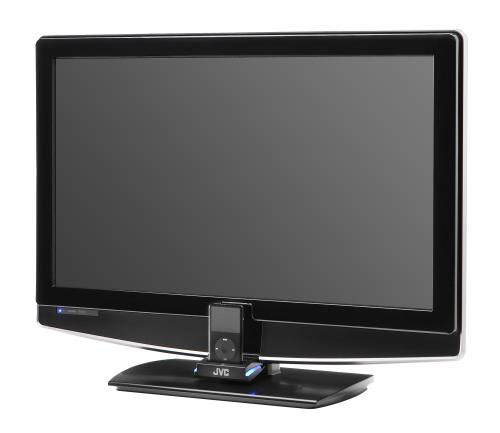 For those that want the easy way to connect their video-capable iPods to the television for video viewing, JVC has just announced from CES its new line up of P-Series LCD TVs with integrated iPod docks. These models have no specific pricing announced yet.

The feature set of the P-Series continues, with HDMI inputs, multiple aspect ratio viewing modes for iPod videos, iPod charging, surround sound and built-in speakers. Expect the P-Series to debut at various intervals between March and this summer.