Posted in Home,LG,Netflix,News by Conner Flynn on January 3rd, 2008 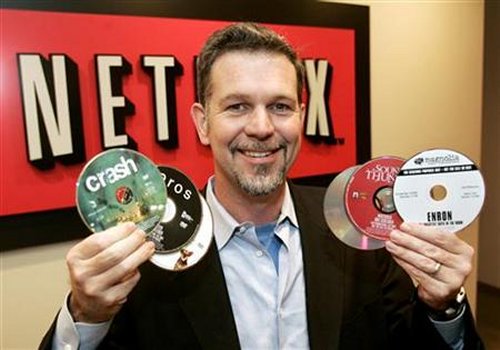 Netflix is set to launch their set-top box with the help of LG electronics. The union will allow subscribers to watch movies directly from the Internet to their TV’s. Netflix presently has upwards of 7 million subscribers, many of which have been waiting for this service. They are hoping to launch the set-top box by mid 2008. The price will range between $4.99 to about $16.99 a month, all inclusive of rates. Apparently, LG would embed the receiver into its $799 dual-DVD player, which supports the competing Blu-ray and HD-DVD high-definition DVD formats.

Vudu Inc, which already offers a set-top box for $399 lets consumers buy or rent movies from a selection of about 5,000 titles. Netflix on the other hand has about 90,000 titles available through their online mail order service. Netflix Chief Executive Reed Hastings sees it as a huge opportunity and said the LG partnership was the first of many such deals for the company. They are also exploring partnerships with Internet-connected game consoles, cable and satellite companies.