Posted in iPhone,iPhone Accessories,Scales by Conner Flynn on January 21st, 2008 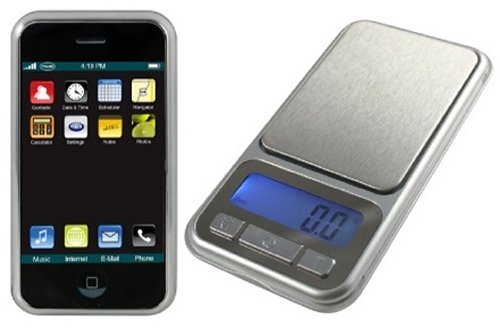 Here is an odd knock off product that defies reason. A fake iPhone that’s really a scale. I guess it would be perfect for the “iDealer” in your neighborhood to weigh his wares on this scale, while having it look like the latest high-tech gadget when the police storm the door.

Upon closer inspection, it’s easy to see that somebody did a rework of the interface in MS Paint. Look for this to show up in new episodes of COPS, sitting by the dope. The other dope will be handcuffed and incoherent wearing the standard grimy white undershirt.

The American Weigh CP3-500 is only $52 and headed for evidence rooms the whole world over.