Posted in Apple,iPhone,News by Darrin Olson on November 8th, 2007 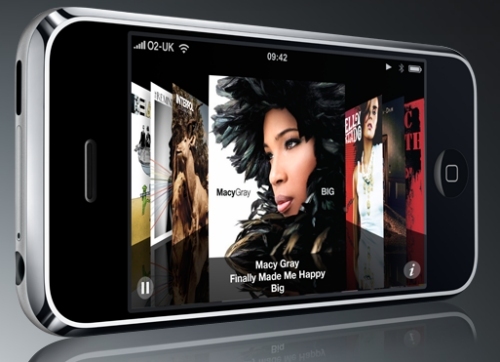 On Friday the long wait is over for many law-abiding citizens of the UK and Germany as the Apple iPhone will be (officially) sold for the first time in countries other than the United States. The iPhone will be sold through O2 in the UK and T-Mobile in Germany and surprisingly will still be lacking the fast and common 3G connection that is already prevalent with many existing smartphones in those areas. Pricing is expected to be 269 pounds in the U.K. and 399 euros in Germany, which both convert to roughly in the high $500′s USD.

The new iPhones are expected to be basically the same models that the U.S. customers have received although they will come preloaded with the OS X 1.1.2 version which has a fix for the latest hacks that allow 3rd party apps to run on it, which will make it just a little bit harder for hackers to unlock in the next go-round. Apple is likely betting that the cool dual-touch screen interface and media playing integration will overshadow the lack of high-speed data connections with 3G, and users will be satisfied with a jumping from hotspot to hotspot instead. France will be the next country to get their hands on the iPhone later this month through Orange where Apple may run into problems with French law and restrictions on locking phones to exclusive carriers.