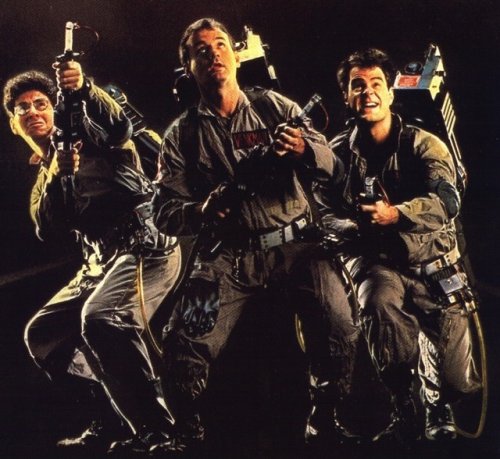 I still ain’t afraid of no ghosts! The boys in khaki armed with their proton packs and spirit trap boxes are coming back. Of course I’m talking about the Ghostbusters but instead of a new movie starring the fabulous paranormal foursome it will be Vivendi Universal that delivers them to us as a new “Ghostbusters” video game. The publisher has announced a fall 2008 release for the “Ghostbusters” game and it’s signed Bill Murray, Dan Ackroyd, Harold Ramis and Ernie Hudson to reprise their roles in the game. Also returning is Annie Potts as the Ghostbusters’ secretary and William Atherton as their pain-in-the-ass, Walter Peck. (Remember the line “It’s true, this man has no dick”? That was Murray to Atherton.) Ramis and Ackroyd are writing the game’s story so it should be just as good as the two movies (but hopefully more like movie number one.)

Vivendi is hoping that they have a monster IP that will get the hardcore gaming crowd and moms and dads to spend their money on a copy. To fully maximize the potential windfall of cash Vivendi is overseeing the development of a “Ghostbusters” game for the younger crowd and casual gamers (for the PS2, Wii and DS) and a harder one for the people with an Xbox 360, PS3 or PC. The game will come out in the fall of next year.