Posted in Adapters,Dock,Hard Drives,USB by Reuben Drake on October 19th, 2007 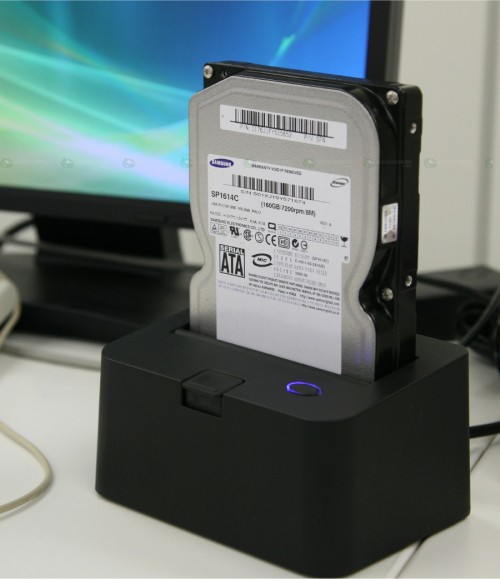 Take a look at this. The picture pretty much says it all but I’ll explain some anyway. This is the SATA HDD Stage Rack which is compatible with PC and Mac and connects through USB 2.0 to your computer. By simply plugging in your hard drive like it was some old-school Atari game the drive shows up on your computer. It supports 3.5″ and 2.5″ drives and does require an external power connection to spin the drive in addition to the USB cable.

I have a drawer full of hard drives from different upgrades where occasionally I need to access. Opening your PC is a real pain and putting it in an enclosure isn’t a whole lot better. Up until now I, like a lot of people, have been using a SATA to USB adapter cable which works pretty slick but doesn’t hold a candle to how cool this hard drive dock looks.

The HDD Stage Rack appears to have a glowing blue ring of light (everything is cooler with a glowing blue light) around what is probably a power button and also has what looks like an eject button to pop out the drive. The base is weighted to keep it from moving around and tipping over with your drive in it and this extra weight makes it a little bit more for shipping but for $47 I am so getting one of these. 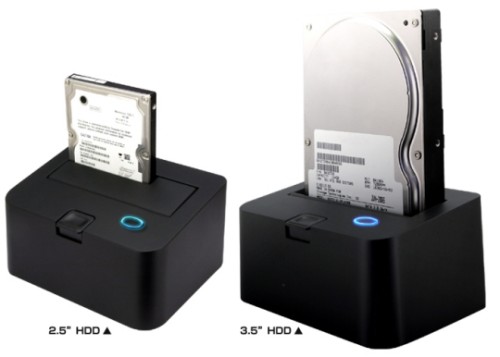