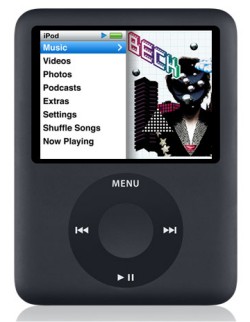 Apple made a quiet release of a firmware update for both the iPod classic and the 3rd generation iPod nano on Saturday. The new version 1.0.2 mostly consists of bug fixes according to Apple but ended up revealing a little bit more once installed. Aside from some improvements on calender and contact synchronization MacNN reported installing the new firmware through iTunes updates and finding upgrades to the Cover Flow making it more similar to iTunes 7.4. The new firmware also had another “Ask” option added to the TV output option which allows users to turn on the TV out mode when the iPod is connected to a device capable of showing video output from the iPod. Nothing too spectacular but little surprises like these are always nice.