Posted in News,PS3,Sony by Reuben Drake on October 5th, 2007 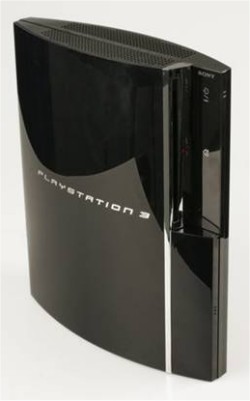 Sony today released an announcement confirming rumors and FCC leaks of a less-expensive 40GB PS3 launching before the holidays. According the the announcement this model is currently only going to be available for Europe but it wouldn’t make sense for Sony to only release it in one area where PS3 sales are suffering. Hopefully it will be making its way to the US soon.

The new 40GB model will retail for €399 in the UK and aside from the drive size the new PS3′s will also lack 2 of the four USB ports and will have no memory card reader in order to cut some costs. It will also not be backwards compatible for PS2 games which isn’t too big of a deal for Europe models since software manages the backwards compatibility but for the U.S. it kinda’ stinks. We’ll have to watch this holiday season to see if this helps Sony take a bigger bite out of latest-generation game console sales and we’ll keep our eyes peeled for a U.S. targeted 40-giger.