Posted in music,Rumors,Sony by Darrin Olson on September 1st, 2007 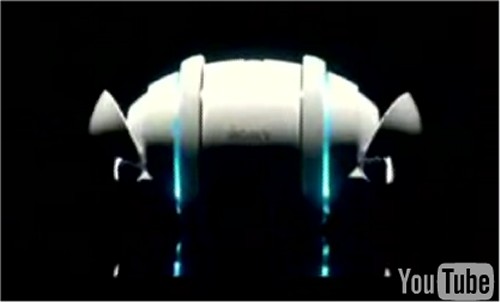 The Sony Rolly is something that’s got a lot of people talking about Sony, which may be the whole point of the device, whether its real or not. This Miuro look-a-like (which interestingly we reported on exactly one year ago), appears to respond to music by rolling and “dancing” around on the floor. From the video it looks football shaped and can move forward or back, turn, spin, has some “wings” that open on the sides like little arms when it dances along with some glowing lights that change color as it moves.

There really isn’t any information about the Rolly available aside from this strange video, which again might be intentional by Sony. Engadget was able to contact at least one Sony representative about the product who neither confirmed nor denied any information about it. They did however say that it had nothing to do with any recent product releases from Sony. Take a look at the video after the jump and see what you think: