Posted in Browsers,Firefox by Darrin Olson on September 8th, 2007 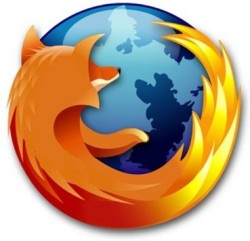 According to the Spread Firefox blog over 400 million downloads of the Firefox web browser have occurred since it’s launch just 3 years ago in November of 2004. The post spelled out a little history of the spread of Firefox, citing 25 million downloads in the first 99 days of the browser being available. Within a year they had over 100 million and another 100 million the year after that.

This 400 million downloads doesn’t necessarily mean that there are 400 million installations of the browser running out there, but it is nevertheless impressive considering Microsoft pretty much had a monopoly on the browser market just a few years ago with Internet Explorer. In fact the last 30 days here on the ‘Brick show that 42% of our readers are using Firefox which is up from 35% about a year ago, while IE has dropped from 54% to 48%.