Posted in iTunes,music,News by Chris Weber on August 16th, 2007 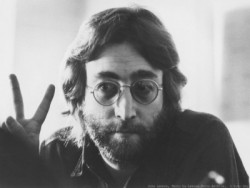 Apple has announced that 16 solo works by John Lennon through EMI are now available for download through iTunes. These songs will also be offered as part of the iTunes Plus program where you can pay an extra 30 cents to get the songs DRM-free and at 256 kbps AAC encoding.

“John would have loved the fact that his music will now be available in a format suited to a new generation of listeners,” said Yoko Ono in the Apple press release

Lennon marks the second of the Beatles artists to allow iTunes to sell their solo albums after Paul McCartney, and rumors have it that talks between Apple and the widow of George Harrison are in the works as well. Apple so far has had no luck however with bringing Ringo Star or the collective Beatles albums to iTunes, yet.

Apple iTunes said it also offering some exclusive video content along with the albums, but for just the next 30 days.