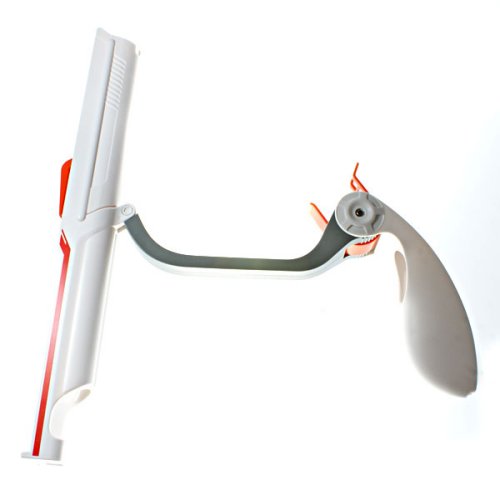 Hot on the heels of the Wii Zapper (for all your laser blasting needs) comes this little invention, the Wii Rifle Gun Prop. Slide in your remote and nunchuk and now you can fire buckshot with the best of ‘em. Fans of “Resident Evil” will see the lovely possibilities here when you need to fight off a zombie horde.

The Rifle Gun is ergonomically balanced and weighted. The grip is designed so that you can hold it with just one hand or dual handed. Perhaps best of all it has a “lock and load” ability so when there’s an “Evil Dead” game for the Wii you’ll be able to use your boomstick just like good ol’ Ash does. At the risk of descending into bad pun territory it sounds like the Rifle Gun is going to be a blast for playing your Wii games. Priced at $16.98, the Rifle Gun is cheap enough that every Wii household should have one (even the homes that aren’t pro-NRA.)