Posted in Apple,iPhone,News,T-Mobile by Darrin Olson on July 3rd, 2007 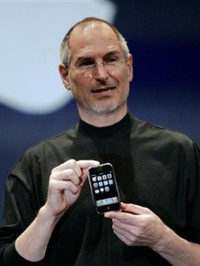 According to a recent report from Rheinische Post, Apple has just signed a deal with Deutsche Telekom T-Mobile to make Germany the next stop for an iPhone launch on November 1 of this year. The report is a preview to an alleged announcement planned for tomorrow where T-Mobile will be unveiled as the exclusive provider of the iPhone for Germany, selling the famed gadget for about 450 euros ($612).

While no sources of the news were cited and no comments from the involved parties were made this isn’t really set in stone but we’ll be watching tomorrow for an official word.