Posted in AT&T,eMusic,Mobile Phones,News,Services by Chris Weber on July 31st, 2007 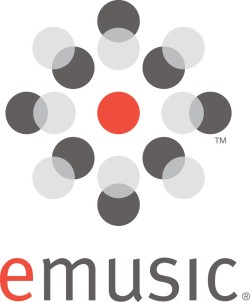 Today eMusic, who is the second largest online retailer of music behind iTunes, announced along with AT&T that they together will be providing a service to allow people to buy and download songs directly to their cellphones with no computer in between.

eMusic will be offering through the mobile service almost all of the 2.7 million songs available currently from the online service, DRM free as always, which feature only independent labels and not as many mainstream artists as rival services. They do however carry a number of popular artists such as Paul McCartney’s and his latest album.

The songs will be priced a little higher then they are online due to the increased cost of transferring them through the mobile network. Where $9.99 would get you 30 songs online, $7.49 will get you only 5 through the eMusic mobile service. As one consolation however, once downloaded you can also get a second copy of the song as an MP3 through the internet. Downloading them at home before you go out would be a much better deal but eMusic believes that this service will benefit from a lot of impulse buying that just hasn’t met its opportunity until now.