Posted in AT&T,BlackBerry,Curve,News,RIM by Reuben Drake on May 30th, 2007 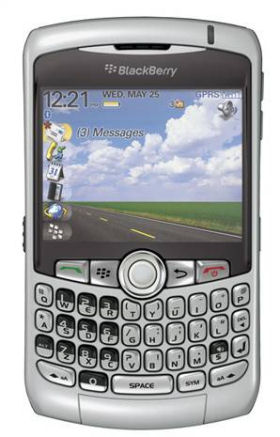 Here’s another release that just made it within its announced time constraints, launching on the last of the month. RIM and AT&T have announced the official release of the BlackBerry Curve, available through AT&T starting tomorrow, May 31st for a price of $199 with a two year contract and a mail in rebate, of course.

The BlackBerry Curve is the latest, smallest and lightest BlackBerry smart phone with a full QWERTY keyboard that RIM has produced. In fact, AT&T (through a predecessor company) was the first carrier to introduce a BlackBerry wireless solution back in ’99 and is now the first with the Curve. The features available in this phone combined with the price is almost enough to make a guy want to switch carriers.