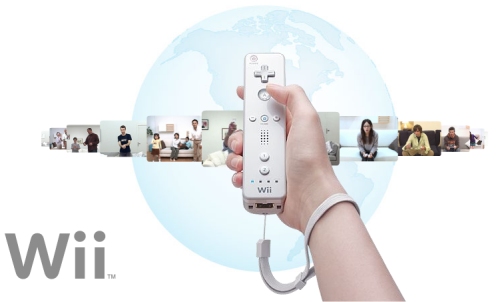 If you’re curious as to who’s winning the next generation gaming console war, look no further than the Wii. Nintendo’s successor to the GameCube continues to sell more units than its two chief rivals, the Microsoft Xbox 360 and Sony’s PlayStation 3. In February consumers purchased 335,000 Wiis compared to 228,000 Xbox 360s and 127,000 PS3s. Stats for January also favored the Wii with 436,000 systems being sold, more than 100K over the next best-selling system for that month.

Part of the Wiis success lies in it being the lowest priced next gen system but what seems to be a larger component is the system’s ability to attract non-traditional gamers to it. With the interactive, motion sensitive controller and a good selection of family oriented games to choose from (including Wii Sports, the bundled game that comes with the system), the Wii is appealing to a larger, broader audience that might shy away from intense action games like “Gears of War” and “Resistance: Fall of Man”.

Still, if you’re on the prowl for a Wii then you will know how hard it can be to find one still on the shelf at your local retailer. “We’re gratified that the explosive appeal of Wii, in terms of both new players and new ways to play, has created unprecedented demand, substantially beyond supply,” says Reggie Fils-Aime, president, Nintendo of America. “But we also understand that there are hundreds of thousands of consumers still waiting to get their hands on the system so we continue to both ship more units to retail every week and work non-stop to build capacity.”