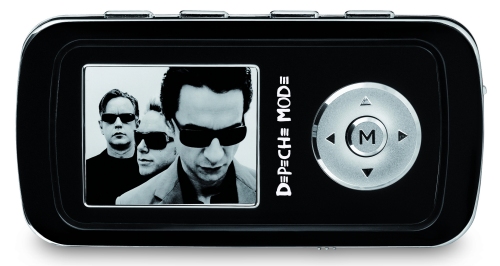 TrekStor, German designer and manufacturer of external hard disks, USB sticks, and portable digital media players, has released its first portable music and video player in the U.S. The glossy-black i.Beat vision DM is not only aimed at the music and video fanatic, but at those who also want to view JPEG photos, listen to FM radio, or record conversation or dictation.

The player incorporates an FM radio which has the capability to record directly off the radio or you can record all of your great ideas with the built-in voice recorder. You can also play your favorite podcasts or audio books making it a flexible solution for you to manage your photos, audio books, videos, and your music.

Listen to music for 10 hours or watch video for up to four hours on a single charge. The embedded lithium-polymer battery can be charged and recharged via the USB interface in less than three hours.

The i.Beat vision DM can also double as a data storage device, exchanging information with a PC or Mac via a high-speed USB 2.0 interface.